The Core of JavaScript 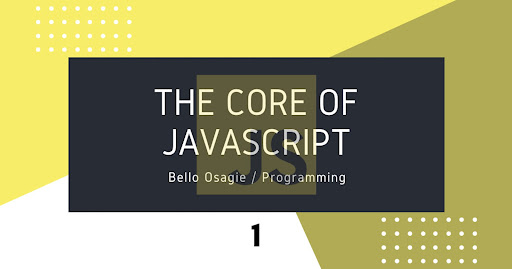 JavaScript   is a popular programming language used both in the browser and server. It was initially called   LiveScript   but later changed to JavaScript. The programs in the language are called   script . JavaScript is a high-level, dynamic, untyped, and interpreted programming language. It was created by Brendan Eich in 10 days. 😮 It is named JavaScript to position it as a younger brother to  Java  because Java was more popular back then (1995). But they are independent of each other. The name JavaScript was changed to  ECMAScript  or  ECMA-262  in  1996 ,  however, people still call it JavaScript . It is executed on any device that has a special program called  JavaScript  or  ECMAScript engine . The engine renders web pages to the  DOM  ( Document Object Model ) for easier interaction between the browser and the user. The engine is also called  JavaScript Virtual Machine  because it executes code in an environment independent of the platform. ECMAScript is the standardized  spe
Post a Comment
Read more